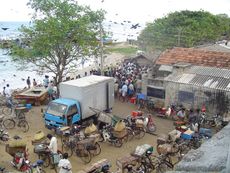 An Isuzu Elf truck at Valvettithurai fish market in Sri Lanka, May 2004 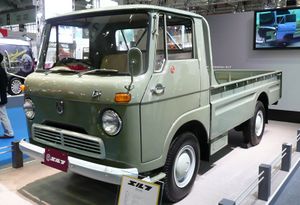 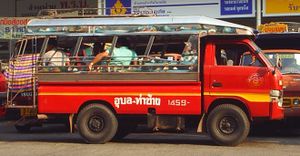 An Isuzu Elf truck in Thailand, used as a Songthaew 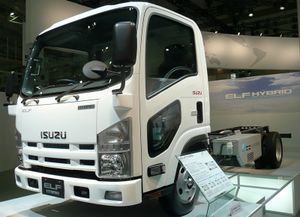 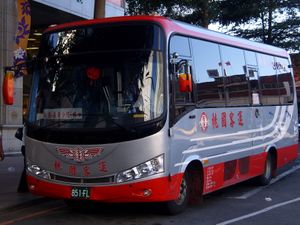 The Isuzu Elf (いすゞ・エルフ, Isuzu Erufu?) is a line of light-duty commercial vehicle produced by Isuzu. Outside Japan it is known as N-series.

The range was primarily available in Japan, Hong Kong and some other Asian countries, and since the late 1980s, also in the United States, Chile and Peru (under the Chevrolet brand), besides others.

In Malaysia, the truck is manufactured by Heavy Industries Corporation of Malaysia (HICOM) under the name of HICOM Perkasa, but carrying the Isuzu N-Series Commando badge. Manufacturing began in 1958 with the first cars going to Asia. Australia was another important market for the Elf & N-Series - to the extent that it was manufactured there from the 1970s using many local components.

For the Chilean and Peruvian markets the trucks come in boxes in SKD regime to Huechuraba, Chile, where up to 7 a day can be assembled by a team of 13 workers. Every piece comes from Japan. In many markets the Elf & N-Series was very expensive and was replaced by the Isuzu Truck when that model became available for worldwide market in the early 1980s. In June 10th, 2008, GM Chile announced its 20.000th Isuzu truck assembled in its Huechuraba plant (including N and F series)[1].

Most models of the truck are distinguishable by a front 'Elf' or 'NHR', 'NKR', 'NPR', 'NQR', 'NRR' badge, but the common Isuzu badge is usually used on the rear.

In Indonesia, the Elf is not only used as trucks, but also converted into microbuses by the local body makers. The 4-wheel NHR55 and NKR55 are commonly used for travel bus, school bus, and employee bus.