The following is a list of GM bellhousing patterns. Though General Motors has manufactured many different engines, it has kept variance in the bell housing patterns to a relative minimum.

So named because it began with Chevrolet's V8 engines. 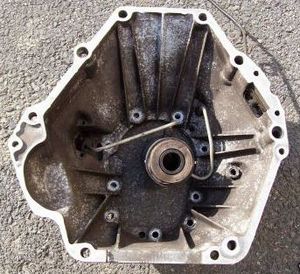 This pattern has a distinctive odd-sided hexagonal shape.

Nearly identical to the GM small corporate/metric pattern, except that the starter is located between the cylinder banks, and the lower right bolt hole is moved outward by roughly one inch. Being nearly identical, it too has the distinctive odd-sided hexagonal shape. 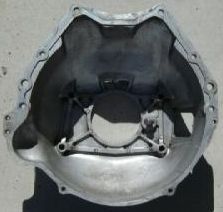 Early Cadillacs manufactured before 1965 used a "round top" bellhousing much similar to early Buicks; around 1965, the bellhousing pattern was revised until the BOP bolt pattern was adopted in 1968.