The powerplant used in Saturn S-series automobiles was a straight-4 aluminum piston engine produced by General Motors. The engine was only used in the Saturn S-series line of vehicles (SL, SC, SW) from 1991 through 2002. It was available in chain-driven SOHC or DOHC variants.

The engine utilized a water-cooled aluminum block. The main bearing caps were made of cast iron and held in place with two bolts each. The cylinder block bores had interference fit cast iron liners for the piston rings to sit against. The engine block was made from 319.1 aluminum alloy and the liners were made from D5506 ductile iron.

The SOHC (LK0/L24) cylinder head had 8 valves and was made of lost foam cast aluminum. The camshaft was located in the center of the cylinder head and driven by a chain off the front crankshaft sprocket. Motion from the camshaft was transmitted to the eight valves by the hydraulic lifters and rocker arms.

The SOHC engine was available on the base model S-series vehicles (SC1, SL, SL1, SW, SW1)

The DOHC cylinder head had 16 valves and was made of lost foam cast aluminum. The camshafts were held in the cylinder head with bearing caps and driven by a chain off the front crankshaft sprocket. Motion from the camshafts was transmitted to the 16 valves by direct-acting hydraulic lifters. 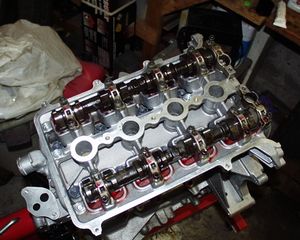 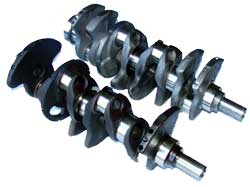 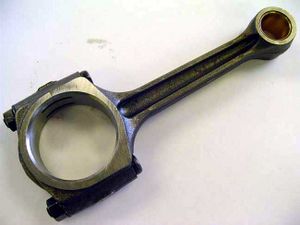